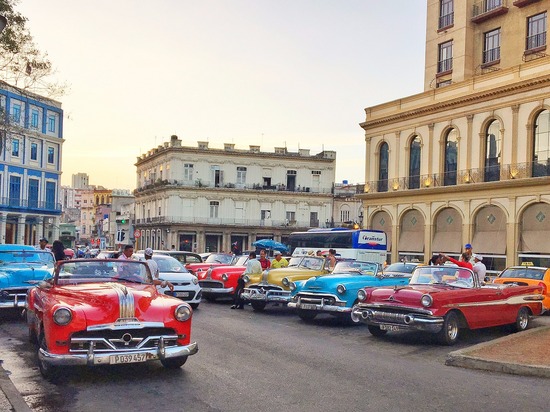 There is a well-known saying that goes something like “life is 10% what happens to you and 90% how you choose to react to it.” I admit that much of the time I probably weight that split more like 60/40, but having all of my money stolen within my first couple of hours in Cuba has provided me with the perfect opportunity to try and rebalance that. If I don’t, it’s going to ruin the month of travel I planned and waited all year for, and I won’t let anything do that if I can help it.

Travel, and solo travel in particular, is expensive, and I religiously squirrel away money just for these trips. I don’t spend much on things like clothing or home décor or restaurants or going out, because I’d rather be able to travel. So when all of that discipline is lost on a moment of fatigue and stupidity and too much trust, it hits pretty hard. It feels almost impossible to allot that moment a measly 10%.

I’m not a paranoid or untrusting traveler, but I’m not a naïve one either. After 8 years of stumbling around this planet I like to think I’ve settled into a kind of relaxed awareness. I pride myself on being able to detect when I’m being scammed for the most part, with a few glaring exceptions (though really, who knows how often it’s happened? That’s why it’s called a scam), but I’m fairly adept at walking away the moment something doesn’t seem right.

I’ve started with the basics: I’m safe. I wasn’t followed or accosted or attacked or imprisoned or any number of unimaginable things that befall hapless tourists every day, all around the world. I lost all my money, but I didn’t lose my passport or my laptop or my phone (and while those last 2 items are creature comforts for many, they are the tools that permit me to work while I travel. The loss of either would have pretty serious implications.)

I also try to remember that in the future, incidents like this will just seem like part of the adventure when I think back on them. Lots of ****** things have happened to me while traveling. But my experience has been that a certain odd fondness slowly and inevitably attaches itself to the memories of the ****** things, because they happened while I was punching up. They happened while I was taking a bite out of something bigger than myself, exploring and taking risks and tasting and learning and doing and yes, screwing up royally. Just like in life, it can’t all be sunshine and sandy beaches, and an expectation of such will leave us sorely disappointed.

In the moments surrounding the ****** thing—when I hate the place and the people and myself, when I’ve waited in line for 4 hours to buy an expensive WiFi access card so that I can do some online banking and re-finance my trip with money I don’t really have—it’s important to remember that quite simply, there can be a price to pay for adventure. I want my 90% to be positive reinforcement of how much good fortune I’ve had over the years and of how many untouchable memories I get to keep, and that the ****** things are just as much a part of those memories as the not-****** things.

I have to let myself hope that the thief does something good with that amount of cash. I hope he does something that makes him feel like a valuable, worthwhile person who has a purpose on this planet, and not just a heartless waste of space. It’s possible, I suppose.

Good has come of this: a blog post, after a long dry spell. A reconsideration of what is truly important; of what I can afford to lose or have happen to me and still be left with the desire to keep going. An opportunity to realize that I want to keep taking bites out of things bigger than myself, even if they sometimes bite back.

And so I carry on, wandering the crumbling streets of this fascinating and confounding city, the one I’ve wanted to visit for as long as I can remember. The sunk sinks lower, the shadows get longer and the Cuban boys get bolder. The early morning’s friendly greetings morph into catcalls and suggestive invitations, and suddenly everyone wants to know “Why frong?” (”Where you from?”) It’s funny and beautiful, because I choose to see it that way.

I’m getting by on cheap local eats and mind-blowing live music and smiles and the knowledge that even when ****** things happen, I still wouldn’t change this for the world.

There is gratitude to be found in dark corners, if we choose to look for it. I’m more than 90% sure of it.